Pumpkin is more than just an ingredient for pie crusts and Halloween carving! It is nutritional powerhouses that offers a wide range of health benefits.

A pumpkin is a type of squash that belongs to the gourd family, which also includes cucumber, watermelon and zucchini.

Pumpkins are round, vibrant orange fruits with a slightly ribbed, tough and smooth outer skin. The inside of the pumpkin are the flesh and seeds. When cooked, the whole pumpkin is edible – the skin, pulp and seeds. 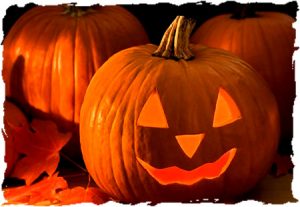 Pumpkin is a popular Halloween and Thanksgiving staple. The fruit is often made into pie, a traditional dessert staple of the American and Canadian thanksgiving holidays.

The fruit also contains lots of essential vitamins and minerals, including vitamin A, B6, C, and E, as well as copper, potassium, magnesium, phosphorus, iron, and zinc.

In addition, pumpkin seeds and seed oil also provide many other nutrients that have been shown to offer a number of health benefits.

Vitamin A is essential for eye health and helps the eyes to absorb light, which is needed for sight. A single cup of pumpkin contains over 200 percent of recommended daily intake of vitamin A, making it a great choice for eye health.

Pumpkin contains beta-carotene, which is converted to vitamin A when consumed. Research has indicated that vitamin A helps to trigger the creation of body’s immune cells that fight infection. Moreover, the vitamin C, fiber, and zinc in this fruit also contribute to a better immunity.

Several studies suggest that foods rich in beta-carotene may reduce the risk of several types of cancer.

A study conducted by the Department of Obstetrics and Gynaecology showed that consuming pumpkin seeds can prevent and treat breast cancer. Others studies suggest that a supplement containing pumpkin seeds had the potential to slow down the growth of prostate cancer cells.

Pumpkins are a rich source of antioxidants and fatty acids, which helps regulate and protect heart function. The antioxidant compounds found in pumpkin may support cardiovascular health by preventing oxidative damage involved in the process of atherosclerosis.

Pumpkins are an excellent source of potassium, a mineral that has been shown to help lower blood pressure and reduce the risk of heart disease.

In the study, they compared the effect of a control diet to one that contained pumpkin pulp or seeds on the rats’ blood pressure and heart muscle. The rats were put on the diet at 6 weeks old and fed it for eight weeks. The pulp and seeds were freeze-dried and then made into a powder that was added to the rat food.

The researchers found that the rats on a diet in which 4% of pumpkin flesh or seeds had blood pressure levels more than 20% lower than the rats on the control diet.

The soluble fiber in pumpkin is highly beneficial for lowering cholesterol and triglycerides. The pumpkin seeds can help with cholesterol too. Like many other seeds, pumpkin seeds are naturally rich in phytosterols that have been shown to reduce LDL (bad) cholesterol.

Due to the high magnesium content, pumpkin seeds can also help to regulate blood sugar levels, and thus reducing the risk of diabetes.

An observational study involving over 127,000 men and women found that diets rich in magnesium were associated with a 33% lower risk of type 2 diabetes in men and a 34% lower risk in women.

Another study using rats, published in the Bioscience, Biotechnology, and Biochemistry in 2009, found that pumpkin contains substances called trigonelline and nicotinic acid which may help improve insulin resistance and slow the progression of diabetes.

Pumpkins are high in fiber and one cup serving of pumpkin contains only 49 calories, meaning it can keep you fuller longer on fewer calories. Research has found that adding pumpkin to your diet is effective for weight reduction programs.

Pumpkin contains vitamins C and E, as well as beta-carotene, all of which have been found to play an important role in maintaining a healthy skin.

Vitamin C and E are two well-known antioxidants that helps protect the skin from free radical damage, which can lead to wrinkles and even skin cancer. Vitamin C is also required for the production of collagen, which overtime can improve skin tone and elasticity.

A good intake of antioxidant beta-carotene in your diet like pumpkin has been shown to help reverse UV damage and improve skin texture.

Pumpkin seeds are one of the top sources of tryptophan, an essential amino acid that is needed to synthesize serotonin, a neurotransmitter that regulates mood, sleep and behavior.

In addition, pumpkin seeds are an excellent source of magnesium. Adequate magnesium levels have also been associated with better sleep.

So, eating a handful of pumpkin seeds a few hours before bed may be especially beneficial for providing your body with the fuel it needs to promote an optimal sleep.

How to Select and Store Pumpkin

If you plan on keeping them for as long as a month, gently clean the surface of the pumpkin with hot water and a clean cloth, then promptly wipe them completely dry. Pumpkins typically store well for up to 2 to 3 months, if you keep them at a cool temperature, between 10 and 12ºC.