HomeFood & NutritionWhat are the Benefits and Side Effects of Green Coffee on Health?

What are the Benefits and Side Effects of Green Coffee on Health? 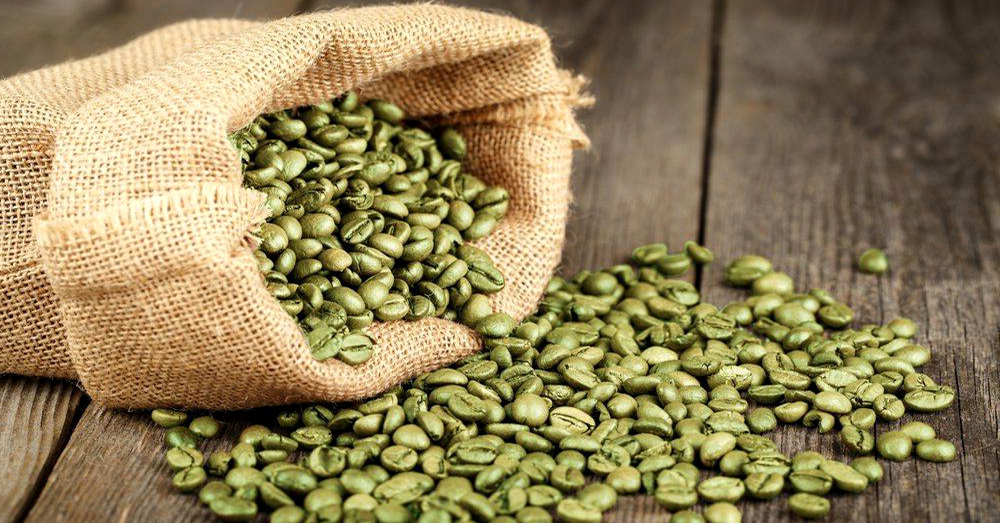 Green coffee is technically coffee bean that has not been roasted yet. It is called ‘green coffee’ because it is naturally green color. Coffee bean has a very high amounts of natural compounds called chlorogenic acids and since green coffee is not roasted, it maintains a high level of the compounds.

Chlorogenic acids are incredibly powerful antioxidants, which work against free radicals in our bodies. Research on antioxidants has demonstrated that they can support cardiovascular health, overall immunity and much more.

Green coffee is the real deal when it comes to losing weight. The high amount of chlorogenic acid in green coffee reduces the body’s absorption of fat and glucose, which ultimately leads to weight loss.

In a 2012 study conducted by the University of Scranton, 16 overweight adults were given green coffee supplements for 22 weeks. At the end of the study, the average body weight of each person decreased by eight pounds, and total body fat dropped by 4 percent or more.

A 2010 study conducted by the University of Exeter showed similar results. In this study, 50 adults with body masses of 25 or higher were given green coffee extract or a placebo pill. Within 60 days, individuals taking green coffee extract lost an average of nearly 6 percent of their starting body weight. Their weight also shifted to include more muscle and less fat, which is ordinarily hard to achieve without exercise.

Some studies found that chlorogenic acid in green coffee extract may lower blood pressure. For example, a study of 17 hypoglycemic patients revealed that after taking green coffee seed extract, 13 out of the 17 students experienced reductions in blood pressure levels. The participants took about 800 milligrams of extract daily, which is a dose that’s considered on the high side but seems to be very effective in lowering blood pressure.

Other research shows that people with mild hypertension experienced reduced heart rate and blood pressure by about 8% after taking about 480 mg of green coffee extract (equal to 140 mg of chlorogenic acid) for 12 weeks [1].

Scientists report that a chemical compound extracted from green coffee beans could help regulate blood sugar levels and play a role in the prevention of diabetes.

A study published in the Evidence-Based Complementary and Alternative Medicine journal demonstrated that a green coffee bean was able to reverse the negative effects of a high-fat diet, by reducing fat accumulation and insulin resistance.

Another study conducted in Oslo Norway showed that chlorogenic acid enriched coffee could potentially reduce the absorption of glucose in obese people [2].

Green coffee contains a moderate amount of caffeine, which a 2008 study in Nutrition Bulletin found can improve mood, cognitive function, and memory performance.

According to researcher Bertil B. Fredholm, the caffeine’s cognitive benefits come from its ability to block the inhibitory neurotransmitter adenosine in the brain. When adenosine is blocked, the amounts of other neurotransmitters – including the neurotransmitter dopamine – increases, leading to a greater firing of neurons. For this reason, drinking a cup of caffeine drink before an important intellectual event, such as taking an exam, could help improve performance.

Studies show that caffeine can boost the metabolism rate by more than 10 percent depending on the amount consumed.

So, if you think that your sluggish metabolism might be contributing to your inability to lose weight, consider adding more green coffee to your diet.

How Much Green Coffee Do I Need Per Day?

There is no RDA (recommended daily amount) for green coffee beans or extract. Studies using green coffee extract (GCE) tend to be dosed based on their chlorogenic acid content.

Depending on the concentration of chlorogenic acid in the supplement, the safe dosages of green coffee is as follows:

Are There Any Side Effects of Taking Green Coffee?

Green coffee is considered safe for most healthy people when taken by mouth in moderate amount. But keep in mind that green coffee contains caffeine – similar to regular coffee. Therefore, consuming too much can cause caffeine-related side effects like insomnia, anxiety, irregular heartbeats, and other health problems.

In addition, the caffeine and certain components found in green coffee, when taken in large amounts, can worsen conditions, such as diarrhea, bleeding disorders, high cholesterol, and irritable bowel syndrome (IBS).

Pregnant and breastfeeding women should avoid taking it because there is not enough reliable information about the safety of taking green coffee during pregnancy.