Calorie is a unit used to measure the energy coming from food. When we eat and drink, we put energy into our bodies and use it to perform various functions and activities, such as breathing, walking, talking, eating, etc.

If we eat and drink more calories than we burn off during the day, our bodies store the excess as body fat. Overtime, this can lead to weight gain.

To stay the same weight, your energy ‘in’ and ‘out’ need to be the same. So, to lose weight, you need to get fewer calories than you burn during the day. Here are some simple but effective ways to cut calories and lose weight.

Adding protein to your diet is an effective way to lose weight with minimal effort. Many studies have shown that protein helps reduce food cravings and increase metabolic rate.

Another study showed that people who increased their protein intake to about 30 percent of their total daily calories, consumed an average of 441 fewer calories per day [2]. Also, it cuts down the urge to go for late-night snacks by 50%.

If you want to lose weight sustainably, consider making a permanent increase in your protein intake. Foods rich in protein include eggs, fish, poultry, meat, beans, nuts, and dairy products.

Studies have shown that sugary drinks are strongly linked to an increased risk of obesity. For example, a Harvard study found that drinking one extra sugar-sweetened soft drink a day gave children a 60% greater chance of becoming obese [3].

Instead of soda drink, try adding a splash of fruit juice to sparkling water, or blend skim milk with berries or a banana for a delicious, healthy smoothie.

3. Prepare your own foods

When you buy food prepared by someone else, you don’t always know what’s in it.

Even meals you think are healthy or low-calorie can contain hidden sugars and fats, bumping up your calorie content. By preparing your own foods, you can control the type of ingredients in your food and the portion sizes of each meal.

Adding sauce to your food can add more calories than you think. In fact, only 1 tbsp of mayonnaise will add an extra 57 calories to your meal.

If you use a lot of sauce, try eating a bit less to reduce the number of calories you’re eating.

Another way to reduce your calorie intake is to use a smaller plate. In one experiment, researchers Brian Wansink from Cornell University and Koert van Ittersum from the Georgia Institute of Technology discovered that a shift from 12–inch plates to 10–inch plates resulted in a 22% decrease in calories.

Drinking water before meals may help you eat less and keep your calorie intake in check.

According to a study from the College of Agriculture and Life Sciences at Virginia Tech, researchers observed two groups of dieters – one drank two cups of water before meals three times a day, while the other group did not increase their water intake.

The study found that water drinkers ate 75-90 fewer calories per meal and lost an average of 5 pounds more over 12 weeks.

Studies show that when you eat more slowly, you will feel fuller, which naturally decreases your calorie consumption.

In a 2008 study, subjects reported feeling fuller when they ate slowly. Interestingly, they also ended up consuming about 10 percent fewer calories when they ate at a slow pace as opposed to when they were rushing [4].

Another study, published in the British Medical Journal, found that eating quickly and eating until feeling full significantly raised the risk of being overweight [5].

If you want to eat less calories and feel full then aim for fiber (at least 25 gram a day). Fiber is capable of promoting satiety and a feeling of fullness, resulting in the consumption of fewer calories over the course of the day. Good sources of fiber include whole grains, beans, fruits, and vegetables.

9. Use less oil when cooking

All cooking oils contain about 120 calories per tablespoon, so using less oil when cooking can greatly reduce the amounts of calories you’re consuming. Instead of frying your food, try grilling or baking. You can also avoid adding too many calories by using an oil spray.

Intermittent fasting is a popular weight loss strategy that has gained popularity in the recent past. It is simply an eating pattern that cycles between periods of eating and fasting. There are many variations of the intermittent fasting diet, with some even allowing low caloric intake during periods of fasting.

Intermittent fasting is very effective for weight loss, as it makes it easier to reduce the number of calories you eat over time [6].

Cutting calories does not mean saying no to all dessert. You certainly can have them but make sure to choose the low-fat desserts.

Tea and coffee are low-calorie drinks. However, every teaspoon of sugar you stir into your drink adds around 16 calories. Although this might not sound like much, the calories in a few cups of sugar-sweetened tea or coffee a day can be overwhelming.

Most alcoholic drinks, such as beer, wine, and cocktails, are high in calorie. In addition, alcoholic drinks have very little or even no nutritional benefit. If you must drink, choose the lower-calorie options. For example, order a light beer instead of regular beer.

If you’re looking to reduce the amounts of calorie you consume and lose weight, make sure you consistently get a good night’s sleep.

A study conducted by Columbia University found that when people are sleep-deprived they consume about 300 more calories a day than when they have had adequate rest. This is probably because lack of sleep stimulates the production of ghrelin, the hunger hormone and reduces the levels of leptin, the satiety hormone.

If you’re trying to control your calorie intake, the nutrition label becomes a must-use tool for making better food choices. You should check the serving size on the food label because it will help you to eat correct portions and to count the right number of calories you eat each day. 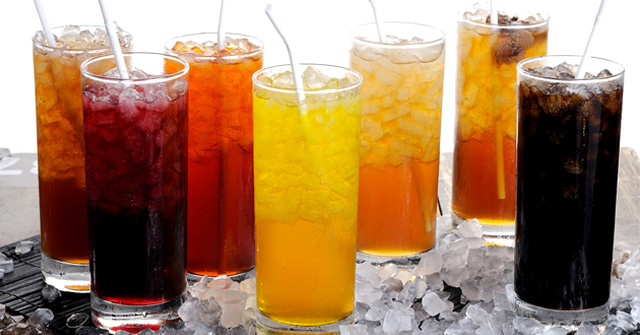 8 Weight Loss Mistakes That You Should Avoid